The Don Dale Youth Detention Centre (‘Don Dale’) is a maximum-security facility for juvenile detention located in the Northern Territory. The facility accommodates up to 40 boys and girls aged between 10 to 17 years. In 2015, an investigative journalism and current affairs programme revealed the extensive abuse of the child detainees within the centre by the detention centre guards and authorities. The ‘4 Corners’ programme disclosed CCTV footage of incidents occurring within the centre. One video showed the tear-gassing of five teenagers at close range whilst guards laughed and uttered verbal abuse.[1]

The abuse included excessive use of force, physical violence, unjustified and prolonged solitary confinement, and inhumane living conditions and humiliation. The law and justice manager at the Northern Australian Aboriginal Justice Agency described the youth as being “caged up like animals”.[2] These systemic and institutional failures of the juvenile justice system contravene international human rights law including breaches of the UN Convention Against Torture.[3]

As a result of the incidents at Don Dale, the former Prime Minister Malcolm Turnbull called for a Royal Commission into the Protection and Detention of Children in the Northern Territory.[4] The Commission was established in August 2016 and a final report was released in November 2017. The report overwhelmingly found a youth justice system that comprehensively failed to rehabilitate children and in some instances, causing “lasting psychological damage”.[5] The recommendations of the commission called for the closure of Don Dale centre and for legislative and policy reform that better safeguards children from the arbitrary use of force in juvenile detention centres.

In 2015, the Northern Territory Children’s Commissioner released a report disclosing the inappropriate and illegal treatment of young people in the centre.[6] Furthermore, the treatment of juvenile detainees has attracted considerable attention and criticism from human rights bodies. United Nations child rights experts have condemned these incidents for entangling young children in the criminal justice system.[7] As an immediate response, Amnesty International called for an independent investigation into the incident.[8]

Australia is a signatory to a series of international treaties and obligations pertaining to respecting the rights and protection of children who are held in detention and in conflict with the law. These include;

The incidents at Don Dale and the treatment of children in state protection as detailed in the Royal Commission’s report resoundingly breach Article 37 of the CRC, which provides that “every child deprived of liberty shall be treated with humanity and respect for the inherent dignity of the human person”.

The Royal Commission report outlined recommendations for youth justice reforms, with a strong focus on providing community services to families for the protection and prevention on harm to children. One of the most significant recommendations related to increasing the minimum age of criminal responsibility from 10 to 12 years. The report found that a wide scope of children who were detained faced a multitude of issues including trauma, mental health disorders, disability, highly disadvantaged backgrounds and particularly among Indigenous children (who are disproportionately represented) – being removed from their families and communities. Raising the minimum age of criminal responsibility allows the needs of vulnerable children to be accounted for and considered without resorting to criminalisation.

In my view, there should be legislative safeguards and stringent measures in place to prevent the arbitrary use of force. There must be regulations and strict reporting procedures within the centre to document every instance where use of force is applied, which should be minimal. Moreover, the age of criminal responsibility should undoubtedly be raised to 14, to ensure the prevention and minimisation of harm to children. All practices and policies relating to youth detention centres must be consistent with the United Nations Convention on the Rights of the Child. Additionally, there is a need for increased government funding towards the establishment of community services, which aim to provide early intervention and therapeutic strategies for the children. 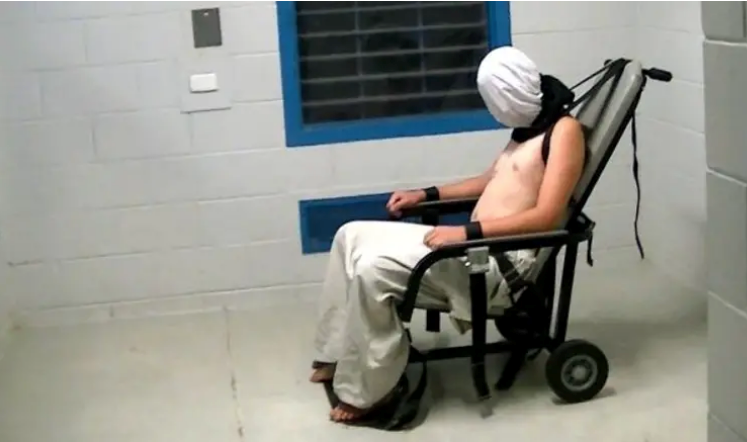 [2] Braithwaite, A. 2016, ‘A history of the allegations of “inhumane” treatment at the Don Dale Juvenile Detention Centre’ SBS The Feed, 26 July.

[3] Convention against Torture and Other Cruel, Inhuman or Degrading Treatment or Punishment (1984), entered into force 26 June 1987.

[4] Royal Commission into the Protection and Detention of Children in the Northern Territory, 17 November 2017.