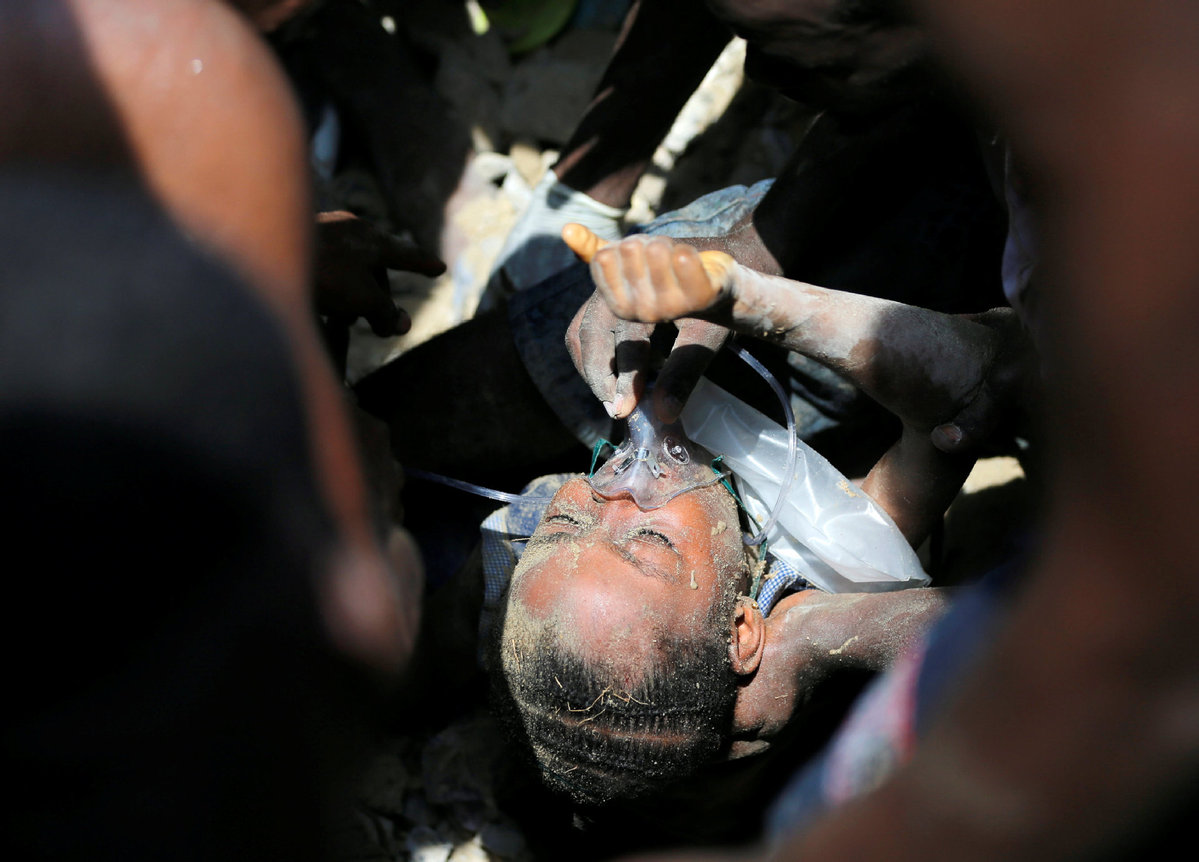 A child is rescued at the site of a collapsed building containing a school in Nigeria’s commercial capital of Lagos, Nigeria March 13, 2019. [Photo/Agencies]

LAGOS – At least nine people have been killed and many others still trapped after a building which housed a school and some apartments collapsed on Wednesday in Nigeria’s commercial hub of Lagos.

A local rescue official told Xinhua that at least nine bodies have been discovered, and the school in the three-story building in Ita-Faji area of the Lagos Island had 172 registered pupils.

Ibrahim Farinloye, coordinator of the National Emergency Management Agency in Nigeria’s southwest region, said it was difficult to give accurate casualty figures as the rescue operation, which he coordinated, was still ongoing.

Most of the victims were pupils of the private primary school in the building, while “about 50 pupils have been rescued alive,” said the official.

The Lagos Island General Hospital, where most of the rescued victims were sent for treatment, has confirmed 41 people in “stable condition.”

Pupils were in class learning at about 10 a.m. local time when the building collapsed without a warning in the densely-populated area of Lagos.

Apart from the pupils, residents in the apartments of the building as well as store owners outside the building were affected.

Shocked residents and onlookers, as well as panicked parents, raced to the site to help rescue efforts before the arrival of emergency workers.

One weeping father was held down by friends who were consoling him on the loss of “his only son.”

The cause of the collapse was yet to be ascertained.

Akinwunmi Ambode, the governor of Lagos state, said a thorough investigation will be launched into the incident.

Building collapses often occur in Lagos as some property owners and developers do not adhere strictly to planning and building laws and regulations. In most cases, heavy loads are placed on the building and substandard materials are seen to have been used for the construction work.