(CNN)Lenora Lemke sits in a car packed with all her belongings, shielded from the desert sun by a large carpet that hangs over the roof. The 19-year-old tugs at the hijab that frames her pale face and tries to remember the last time she took a shower. She realizes it’s been exactly 20 days since she wiped herself down after giving birth to her new baby, Maria.

“After my birth, I made warm water and I was cleaning down there,” she said, looking down in embarrassment. Squirming in her lap is her other daughter, Habiba, 16 months old with tufts of blonde hair.

When prompted, Lemke produced a burgundy passport with Germany’s federal eagle emblazoned in gold on the cover, certain in her mind that she’ll be able to bring her children home to Germany soon.

“I hope so much that they will have a good future now. I hope so much, especially for her,” she said of newborn Maria. “She’s never really had a real house, no toys, no food, no milk. I want to give her this. I hope so much she will become this, have a normal kid’s life. Happy, with no bombs.” 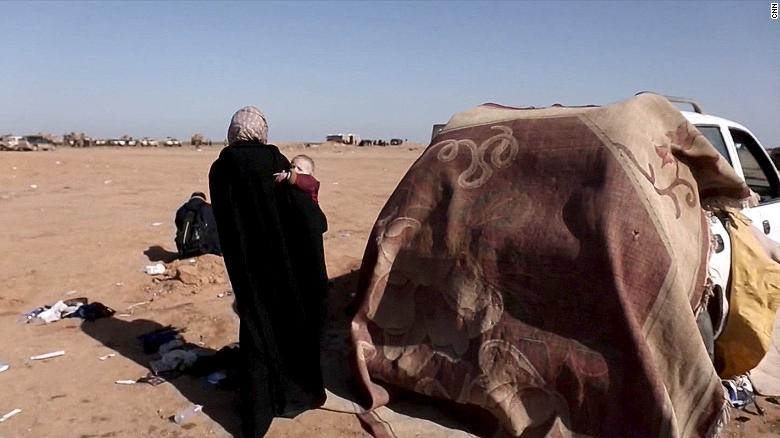 Lemke is one of thousands of ISIS members in the custody of the US-backed Syrian Defense Forces, hundreds of them believed to be from European countries. But as the US prepares to withdraw its troops, it’s unclear if the SDF has the capacity to keep them in custody or will be forced to release them.

A new Pentagon report says the US government is encouraging other countries to accelerate efforts to repatriate foreign ISIS fighters to their home countries for prosecution. Progress has been difficult, though, due to political concerns and the challenges of gathering legal evidence to support prosecutions once they have returned.

Germany, like many European countries, has been reluctant to accept ISIS members. In fact, only a handful of countries, such as Russia, Indonesia, Lebanon and Sudan, have allowed ISIS followers to return. Previously, captured ISIS members have been processed under Iraqi law, but the EU does not trust Syria’s judicial system to do the same.

In the specific case of Lemke and her husband, Martin Lemke, Germany’s Foreign Ministry said it had “no findings” and that providing “consular assistance is still virtually impossible.”

“Irrespective of this, the Federal Government is examining possible options to enable German nationals to leave Syria, especially in humanitarian cases,” the Foreign Ministry said in statement sent to CNN. “We conscientiously look after 9 German citizens in Iraqi custody. Their children, who are also housed in the detention center, can, if the parental consent is available, be taken to Germany for receptive relatives.”

Lemke was only 15 when she ran away from home in Germany and left for Syria. She married Martin Lemke days after arriving into ISIS-controlled territory, settling in with his other wives into the community of foreign fighters. But as ISIS retreated, many of its families were left behind.

“They don’t think about what will we do when we lose the cities?” Lenora Lemke recalled of ISIS commanders. “You think: The Islamic State. They are big. They have a system that will help you. But then when the time comes, they just put you in a mosque to stay there.”

She described infighting between ISIS factions, particularly between foreign fighters and Syrian and Iraqi contingents. At the end, she said, the families were reduced to begging for food and water.

“When you eat one bread for two days and your kid for one year couldn’t walk because she was so hungry. She has no teeth because there is no vitamins. Every mother could not accept this,” she said.

“First time, you can say: It’s for the sake of Allah. I do this for Allah, for my God. But when your kid is crying and rolling on the earth, you say to yourself: Are you crazy? What does this have to do with Islam?”

Lemke’s German husband survived the fighting and is now in the custody of the SDF. She insists he did not fight for ISIS but was merely operating the group’s IT system, and that she was only a housewife.

“I do nothing. And my husband is not a fighter. He is just a technical guy. He operates laptops. He killed nobody,” she said, but admitted following ISIS was a mistake. “But we are a part of it. We support them. We are living with them. That’s when I realize: This is not good. I live here, I have my life, but we are part of the terrorizing, the killing of people.”

At the least, both Martin and Lenora Lemke could face charges in Germany for joining a terror organization, a crime that could see a prison sentence of between six months and 10 years. According to local prosecutor Klaus Weichmann, Lenora Lemke would be treated as a juvenile since she left for Syria as a minor, but for her to be prosecuted, she needs to return to Germany.

“There is no police cooperation with Syria, no legal assistance with Syria,” he told CNN. “The investigation can only be resumed when the accused is back in Germany. We have no official information as to where she is or when she will come back to Germany.” 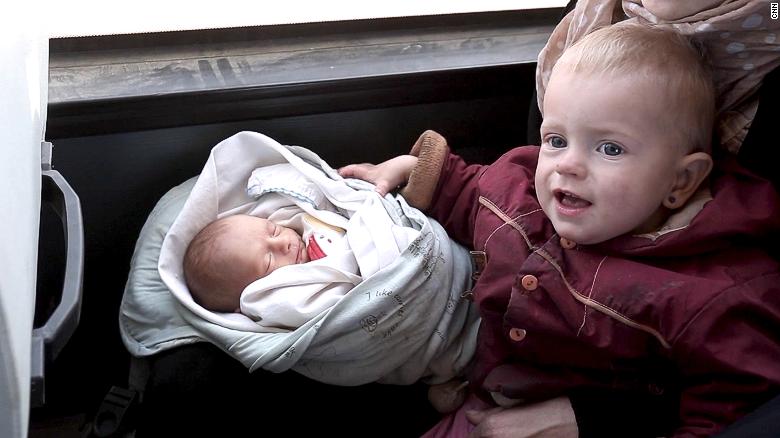 Lemke understands her husband will probably spend time in prison, but she seems unaware that she too will likely stand trial. Of more concern to her is what could happen to her children. In a few cases, German ISIS members convicted in Iraqi courts have had their children returned to Germany to live with relatives. Though several more are pending repatriation, the Foreign Ministry insists there is “no return program for the children of ISIS members.”

CNN reached out to Lenora Lemke’s family in Germany. Her father declined to speak with CNN, but asked to hear the message she recorded for him while waiting to be transferred to a refugee camp.

“He never gave up on me,” she said of her father. “He said, ‘I know she is alive and she will come back.’ They will see us soon, I hope so.” She looked into the camera and added in German: “I hope to see you soon, I really love you. Hopefully, we’ll be together soon.”

Cornelia Liebau, the mayor of Lemke’s central German hometown of Sangerhausen-Breitenbach, said the family was relieved to hear their daughter is alive. “She’s only 19 years old with two small children,” she said in a statement. “I think she deserves a second chance.”